Local playwright, Rick Scheffert, has written the show’s script with the storyline based on Lewis Carroll’s novel “Alice’s Adventures in Wonderland”. Rick is also the director of the show. Catchy tunes and their lyrics were written by Sheryl Scheffert. This dynamic team is excited to be working together with vibrant performers ages 6-12. A record number of 47 children, are singing joyfully, learning lines, remembering where to stand, and bringing this wonderful tale to life.

Alice (Nora Lesmeister) is sitting with her sister (Annika Keefe) who is reading a boring book, when a rabbit (Greta Jones) goes running by. Alice follows the rabbit down the rabbit hole, and nothing is as it was before. She meets up with Mouse (Nessa Kane) who helps her find her way to a strange new world. She gets advice from Caterpillar (Hannah Arendt), learns about doors from an odd person (Colin Thompson), who is invited to play croquet by another person (Sara Brown).

She meets up with the gardeners (Lulu Bellrichard, Annika Keefe, and Addison Wicklund) who are painting white roses red, so the queen won’t find out they planted the wrong color. Alice is introduced to the Queen (Adina Scardina) and King of Hearts (Ezra Harmon-Wood) and plays a game of croquette where the balls are hedgehogs (Taylor Vick, Viola Vrtis, Aubriana Moloken, Sally Edison-Albright, Jennifer Houdek, and Niva Anderson), the guards (Kylie Cord, Maggie Gavle, Liv Anderson, Dahlynne Borsheim, Poppy Bellrichard, Anders Wicklund and Mikayla Hiner) are the hoops and the croquette players (Walter Edison-Albright, Iantha Miller, Hazel Wankerl, Justice Nelson, Shepard Harmon-Wood, Violet Martensen-Burrell, and Maddy Johnson) and an unwilling executioner (Olivia Rissman) are all part of the queen’s court.

Alice goes to a trial where the Knave of Hearts (Clarence Nimrod) is accused of stealing tarts from the Queen. One of the main witnesses at the trial is the cook (Jillian Volz). The jurors at the trial are Opal Wankerl and Elsa Christman. 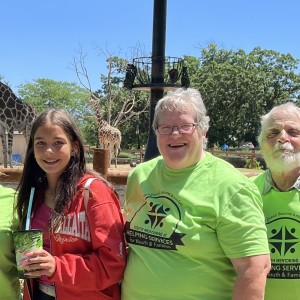 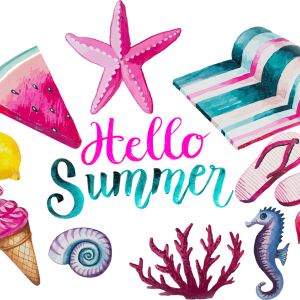 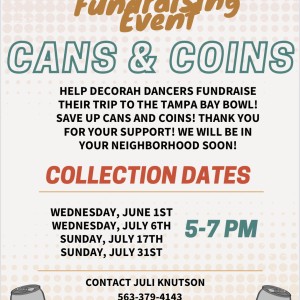 Can and coins to support Decorah Dancers