Winneshiek County, home to the famous Decorah eagles viewed by millions online, was also recently the location of a successful release of a female bald eagle following several months of rehabilitation due to lead poisoning.

The eagle, Pole Line Road 19 (PLR19), was admitted to Saving Our Avian Resources (SOAR), a raptor rehabilitation, education, and research organization, in February and released on June 27 at Lake Meyer Park, outside of Calmar.

A Team Effort
PLR19 was found in mid-February along Pole Line Road, west of Decorah. Dispatchers received multiple reports of a downed or injured eagle in the road ditch and contacted Winneshiek County Conservation and the Winneshiek County Sherriff’s Office.

“The rescue was a team effort,” says Barb Schroeder, executive director of Winneshiek County Conservation. “Our staff handled the physical collection of the bird, the Winneshiek County Sheriff’s Office provided traffic control, local volunteers Brian Malaise and Patti Brice got her transported safely to SOAR, and, of course, many people called in to let us know about her in the first place.”

Rehab, Recovery, and Release
When PLR19 was collected, she was unable to hold her head upright and was having seizures. Both are symptoms of high blood lead levels, which was confirmed through tests. SOAR began administering fluids and chelation therapy, a standard treatment for lead poisoning.

Chelation therapy involves twice-daily injections for several days, followed by rest days. Chelation medication binds with lead in the bloodstream so it can be eliminated like other waste from the body.

After the initial weeks of intense care focused on helping PLR19 survive, SOAR was able to transition to a focus on rehabilitating PLR19 to return to the wild by slowly moving her in to larger flight pens. More than four months after her initial admittance, PLR19 was sufficiently recovered and strong enough for release back to the wild.

The release was scheduled to take place close to where PLR19 was initially found, but storms in the area delayed the release and necessitated a clear take-off zone to better protect PLR19. Only a small group was present during the release to reduce stress on PLR19 and she successfully and quickly left the area.

A video of the release is available on the Winneshiek County Conservation Facebook page.

In addition to the muscle weakness and seizures exhibited by PLR19, eagles suffering from lead poisoning also frequently experience vision impairment, brain swelling, vomiting, paralysis, and organ failure. Only about 10 percent of lead poisoning cases admitted for rehabilitation result in birds being able to be released back to the wild as PLR19 was.

Non-toxic alternatives to lead shot and tackle are now available and effective for all hunters and anglers. For more information, visit www.huntingwithnonlead.org.

SOAR is a 501(c)3 raptor rehabilitation, education, and research organization, established in 1999. More information about SOAR and lead poisoning research can be found at https://soarrpators.org. 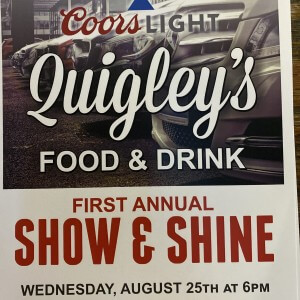 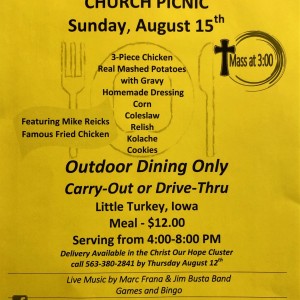 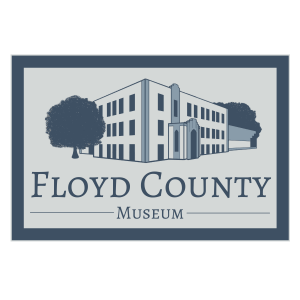 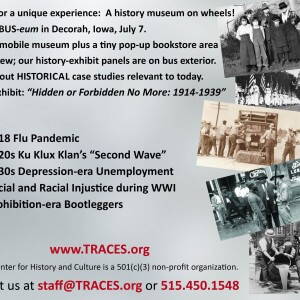 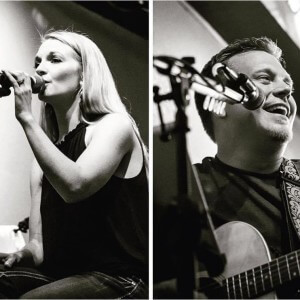 Summer 2021 Performances at the Pavilion in Ossian